Winnie Madikizela-Mandela is a South African activist and politician who has held several government positions and headed the African National Congress Women’s League. She was a member of the ANC’s National Executive Committee.

A controversial activist, she remains popular among her supporters, who refer to her as the ‘Mother of the Nation’, yet reviled by others after the South African Truth and Reconciliation commission found that she had personally been responsible for the murder, torture, abduction and assault of numerous men, women and children, as well as indirectly responsible for an even larger number of such crimes.[5]

This multi media piece is made up of various components.  This artwork is the 4th piece in the series and was made in 2013.  The figurine was inspired by a joke told by a close friend many years ago – that left a lasting impression and fragrance.  (‘YOURE-THE-TYRE’ – buy two bottles and you get a free ‘gift’) hence the detailing and the fashioning of her garments and accessories.

Winnie wears the finest quality designer treads and all the traditional embellishments of her tribe. She has an abundant supply of rubber and other flammable liquids as she carelessly flicks her ‘Stompie’ into the carnage she caused with her actions of the past.

Made of bronze with an individual patina, as with all the items in this magnificent collection.  Her exclusive eyewear, made by hand, showing her impeccable taste, and eye for exclusive fashion items.

A little surprise awaits the viewer on closer inspection… 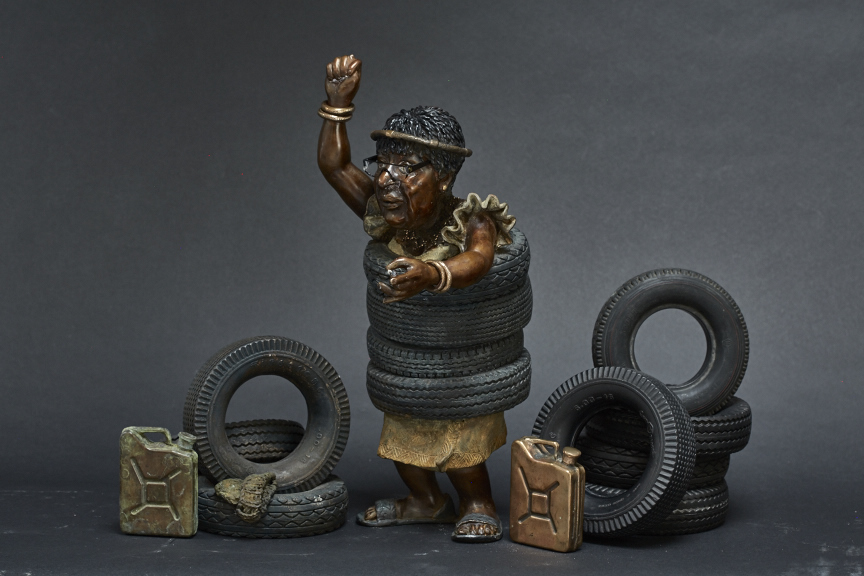 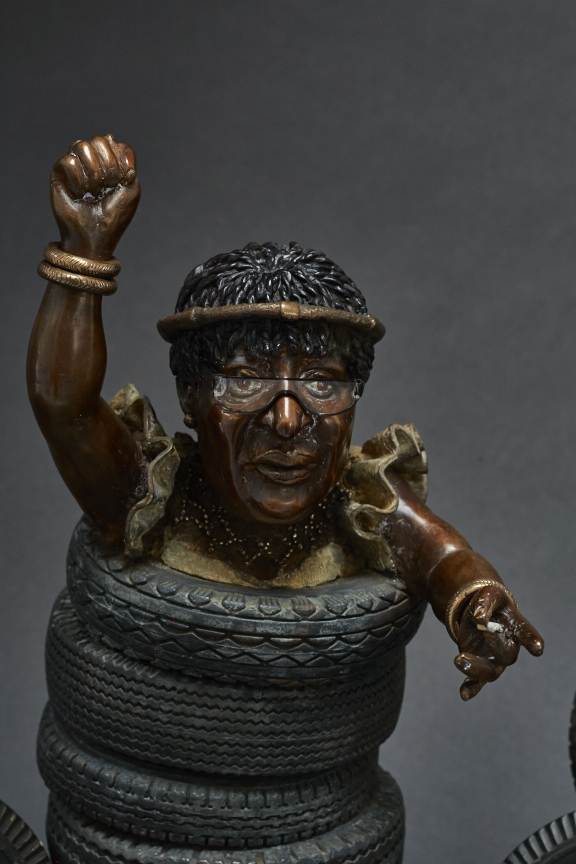 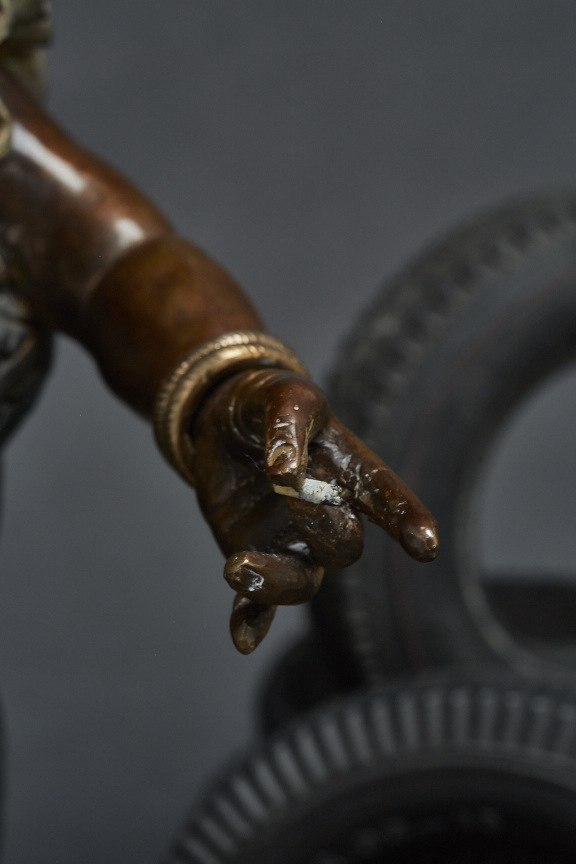