Helen Zille,  the third subject of the Big 5 collection. She was inspired by the Indian Goddess Kali, showing the same power and perceived qualities as the Indian icon – ‘Kali the Dark Mother.’

The love between the Divine Mother and her human children is a unique relationship. Kali is one such deity, with whom devotees have a very loving and intimate bond, in spite of her fearful appearance. In this relationship, the worshipper becomes a child and Kali assumes the form of the ever-caring mother.

Helen is represented as a blue woman with four pairs of arms and adorned in skulls and other notable relics.She wears her DA badge as a halo to her success,  arms outstretched to the South African nation. In one hand, she holds a cameo for Steve Biko, another yields the Cosatu sickle that has chopped the shower fitting that adorned Jacob Zuma’s head, since his prolific rape/Aids court case statement.    Another, yields a “ knob Kerrie”, the other carries a handbag, filled with rocks. Both commonly used in mass action marches across the land.  Fingers crossed behind her back, incase she might slur or thoughtlessly tweet.

Radi Kali, wears a tailored pink Chanel suit, her revealing skirt, adorned with a belt compiled of the heads and forearms of her  entire cabinet at that  time. Including Lindiwe, Patricia De Lille and others.  Pearls and the skulls of many adorn her neck, Other  jewellery and embellishments complete the piece.  As with all the figurines in this collection, she wears intricate handmade spectacles, laser-cut in acrylic, with clear lenses and gold screws.

Triumphant, she stands over the body of Julius Malema , head adorned with the familiar red beret. He tries to hide away in a reptile-like suit, spilling crocodile tears in pools on the rough marble base. His chubby wrist, adorned with a scandalous expensive timepiece –  hands set at the 11th hour…. tic toc tic toc.

This figurine took several months to complete due to all the limbs and  faces of the many characters that make up this remarkable piece.  The foundry, also required  several weeks to complete the intricate moulds necessary for the casting of this piece.  Marble base or other on request. (SQ)

SPECIFICATION:  BRONZE  WITH ACRYLIC EYEWEAR AND STONE BASE 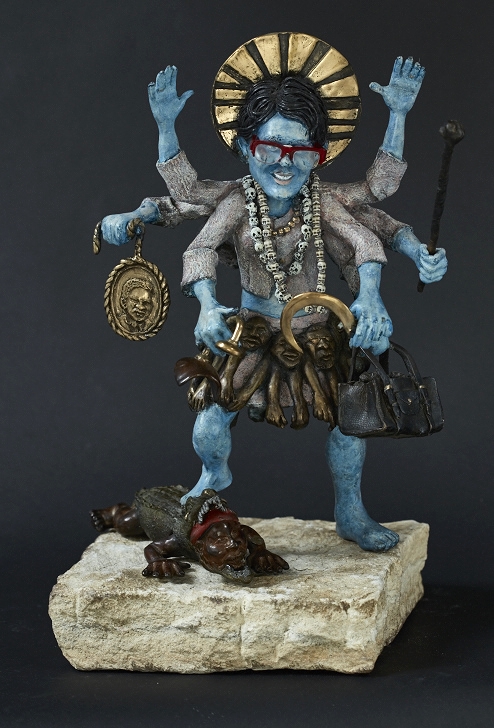 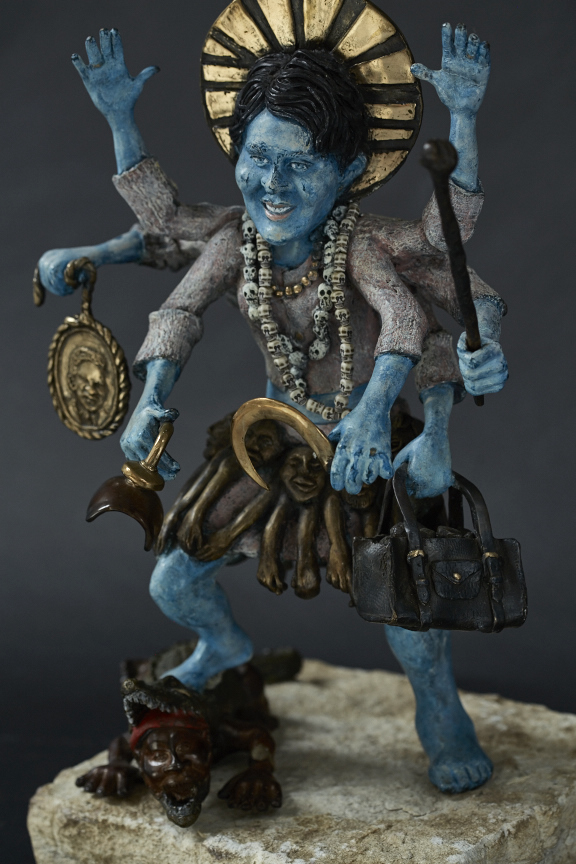 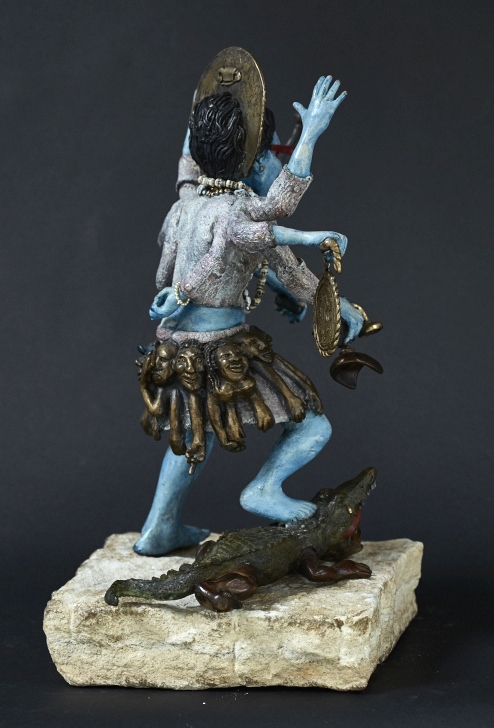 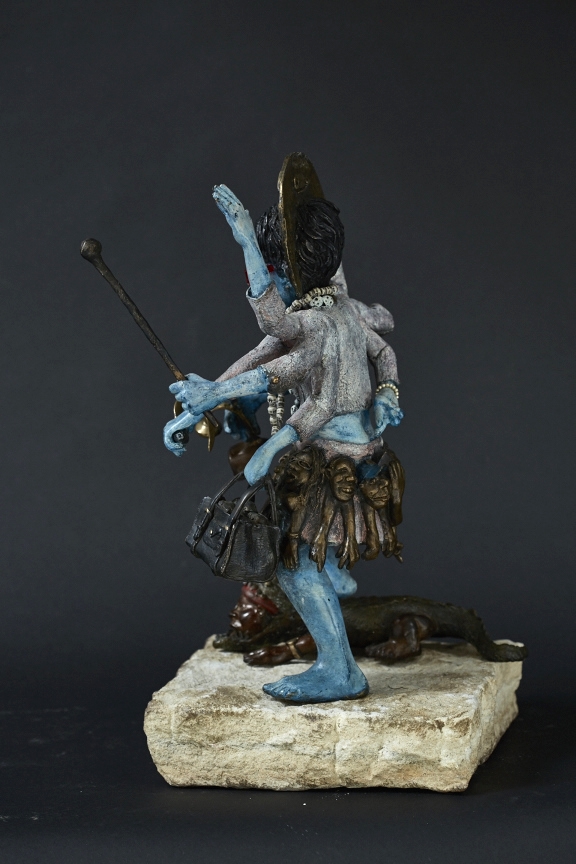 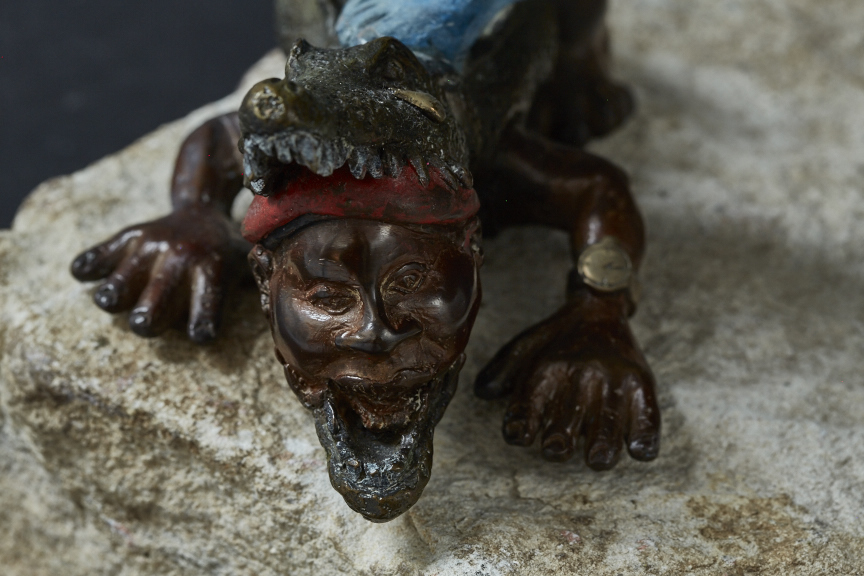